For the love of mornings

Think how lucky you are to be alive at this very point in time! Man has been around for about 200,000 years, civilization as we know it, started about 6,000 years ago, but it’s been less than 500 years since we started having proper breakfasts. And you’re here to enjoy it!

It’s safe to assume that as long as there have been mornings, there has been some sort of breakfast. But between the bread, beer and onions served at dawn to workers in ancient Egypt and the meal of stale bread, cheese and ale consumed by medieval peasants, not much good has happened in the morning buffet department for a good few thousands of years. Forget doctors advising to never leave home on an empty stomach, restaurants serving whole day breakfast and luxury hotels making it the best part of the day for their guests – in the past, one not only couldn’t enjoy a good meal in the morning, but was actually advised not to do so! Whether it was because of the Catholic Church condemning breakfast as a sinful deed or social restrictions branding the morning meal as unworthy of nobles and belonging with the poor masses in need of fuel before a day of hard labour, for centuries breakfast was simply not chic. Luckily for us, things have changed. The industrial revolution brought us more than progress, emancipation of the proletariat and global warming; it brought us breakfast. You may have heard of some major technological breakthroughs of the XVII century such as the invention of a steam turbine, air pump, barometer or reflecting telescope. Is it then just a coincidence that the same era gave us such essential elements of a modern breakfast as croissants (originating in Vienna in 1686), newspapers (first one published in 1605 in Germany) or popularization of tea and coffee in Europe, which (regrettably?) took the place of wine and beer as the morning beverage of choice?

Soon after, the highest culinary achievement of the British Empire came to be – the Full English Breakfast. Though enjoyed by the English gentry since XIII century, the “fry up”, consisting of bacon, eggs, sausage, beans, tomato, mushrooms, black pudding and toast started rapidly gaining popularity in the early 1800s with the new wealthy middle class looking to further improve their social status by indulging in old, upper-class English traditions. Industrial workers followed, though for more practical reasons – for them, a hefty meal was the best way to kick off a day before heading for the factories. 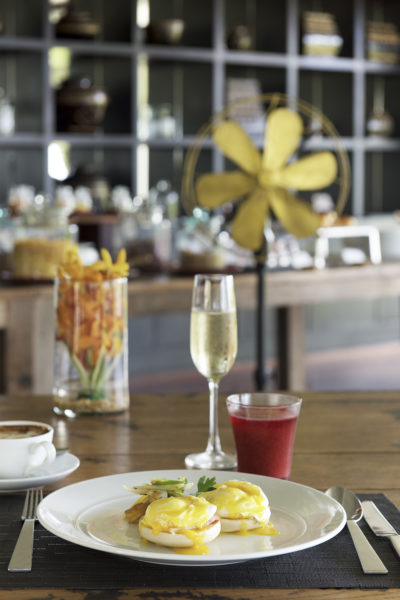 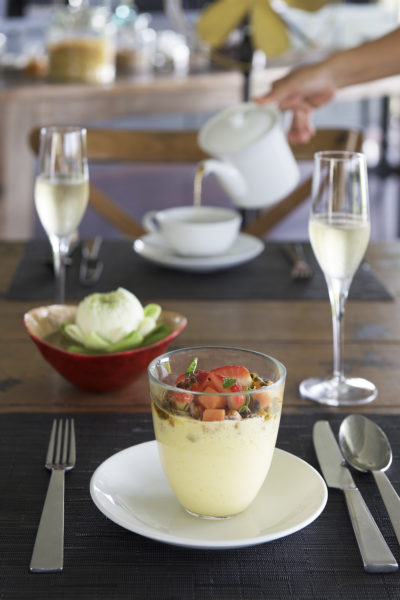 It wasn’t however until late XIX and early XX century, that breakfast evolved into the meal we know and love today; largely due to two men – Dr. John Harvey Kellogg and Edward Bernays. The second of the aforementioned men, Edward Bernays is known as the “father of Public Relations”, master manipulator and propagandist. Using elements of psychoanalysis, borrowed from his uncle Sigmund Freud, he managed to convince many people that it’s only safe to drink water from disposable cups, helped break the taboo against women smoking in public and more. As for breakfast, in the 1920s he was approached by a company dealing in pork products, looking to increase sales. To that goal, Bernays convinced five thousand medical professionals to encourage American people to eat bacon and eggs for breakfast. Did it work? “Wakey, wakey eggs and bakey!”

Today, having evolved for centuries, breakfast remains the most informal and possibly the most pleasant meal of the day. Whether it consists of Natto and Miso – fermented soya bean goo and soup – popular breakfast choices in Japan, century eggs in China, Spanish Churros, Aussie toast with Vegemite or Khao Tom in Thailand, chances are it’s enjoyed in pyjamas, even better – in bed. And as such, it was and remains the best part of the day. After all, as Anthony Bourdain once said, “What nicer thing can you do for somebody than make them breakfast?”
——————————–

Each of the breakfasts presented here, marks a perfect morning enjoyed by the NAA Magazine team. We got up and tried each and every one of them for ourselves and for you. Here are our recommendations for the best breakfasts in the best hotels in Thailand.