Sleeping with the Past – Heirloom Hotels

Walls have ears, they say. If only they had mouths as well, they could tell us some remarkable stories. Especially if it’s the walls of Asia’s historic hotels we’re taking about. After all, it’s within their walls that the rich and powerful could finally unwind and show their true colors; it’s their chambers that witnessed treachery and passion, love and betrayal and it’s where big parts of our modern history were moulded. Here are some of the most esteemed and noteworthy examples; each has a story to tell. 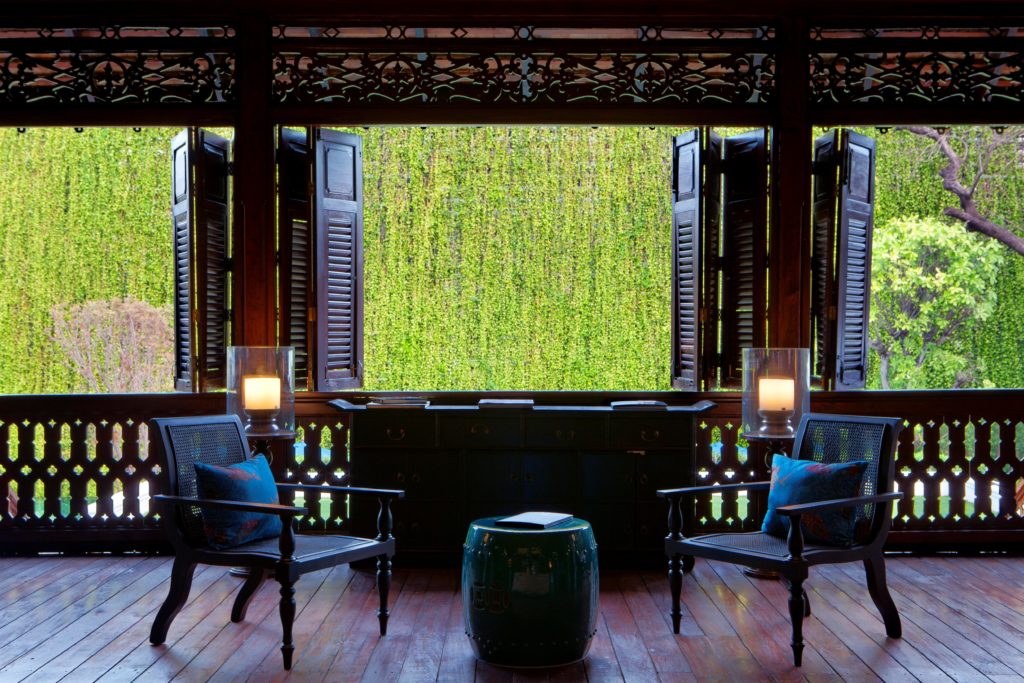 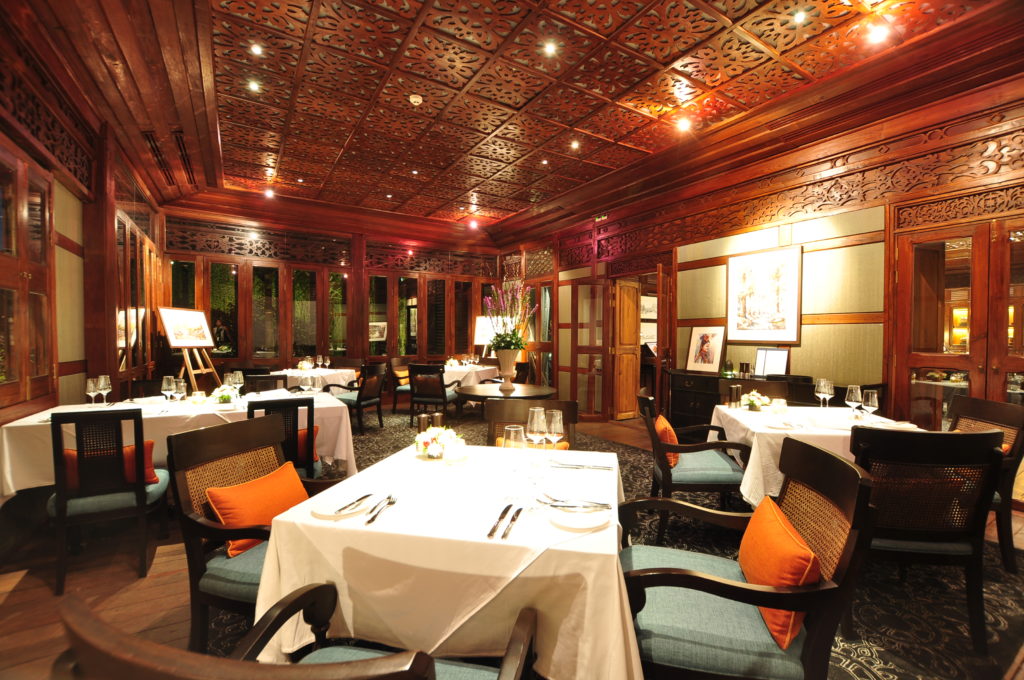 Welcome to a hotel, which not only doesn’t try to hide its historical heritage, but is proud of it and whose appeal lies in its nostalgic ambiance. The gorgeous, teakwood building, which hosts the 137 Pillars House today, dates back to year 1889 when it was built by the Borneo Company – a British colonial outpost in South East Asia. The company’s expansion to the Kingdom of Siam took place during the tenure of Louis Leonowens – the son of no other but Anna Leonowens, the famed tutor to Thai Prince Chulalongkorn, future King of Siam and son of King Mongkut.

There’s many more famed names and intriguing stories connected with the place; to discover them all pay a visit to the charming 136 Pillars House boutique hotel. All of its 30 suites emanate the same, nostalgic vibe of a building meticulously conserved to preserve the integrity of the original structure. 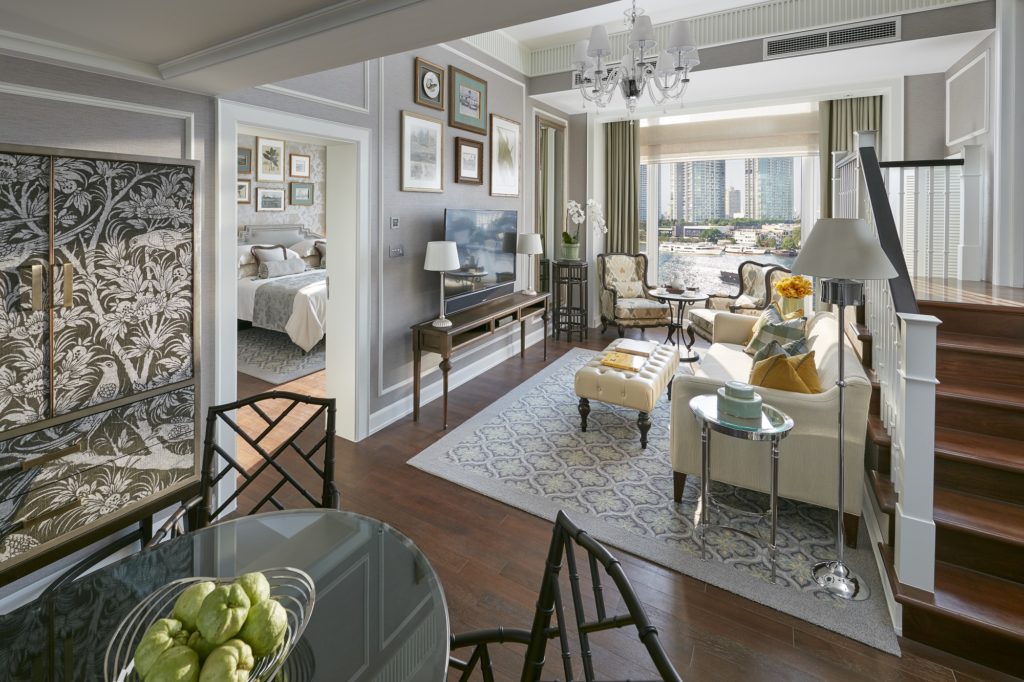 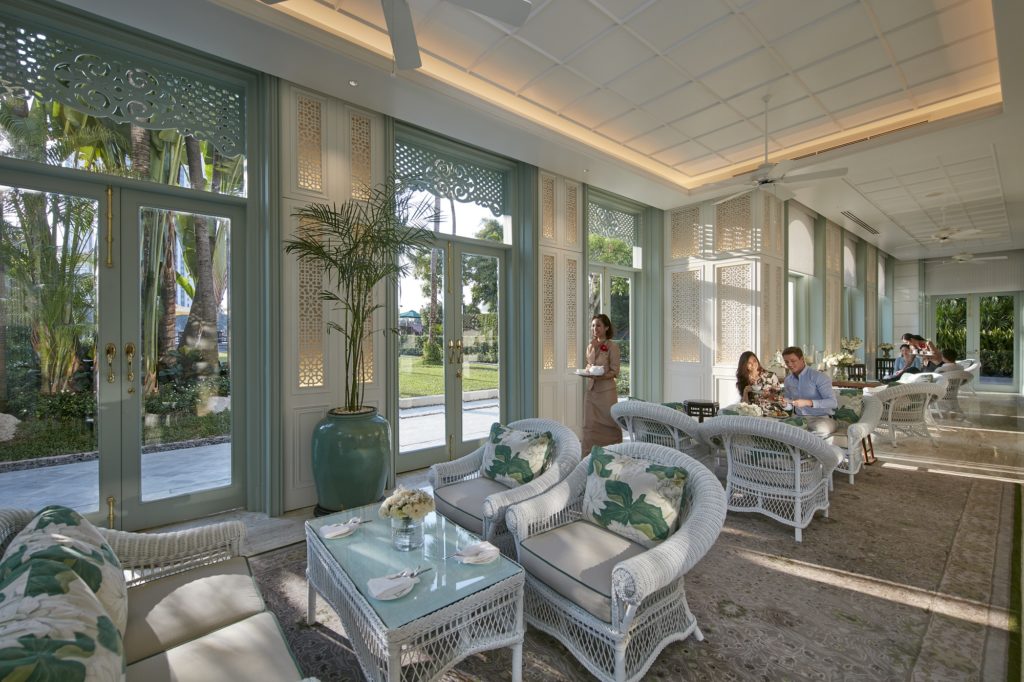 This year, the Mandarin Oriental in Bangkok celebrates it’ 140th anniversary! When it opened in 1876, it was the first hotel in the country. Over the years it was the witness of many important historical events and welcomed scores of distinguished guests, such as Neil Armstrong, George H. W. Bush, Jacques Chirac, Sean Connery, Václav Havel, Niki Lauda, Richard Nixon, Diana, Princess of Wales… to name just a few.

Recently, the hotel’s Authors’ and Garden Wings underwent comprehensive renovation, that restored the historic heart of the property to its original splendour. One of the results of the renewal was the creation of Bangkok’s grandest presidential suite – a six-bedroom, 600 square meters Grand Royal Suite that occupies the entire first floor of the Authors’ Wing. Now here’s a space that’s bound to attract even more personalities might one day become notable historical figures. 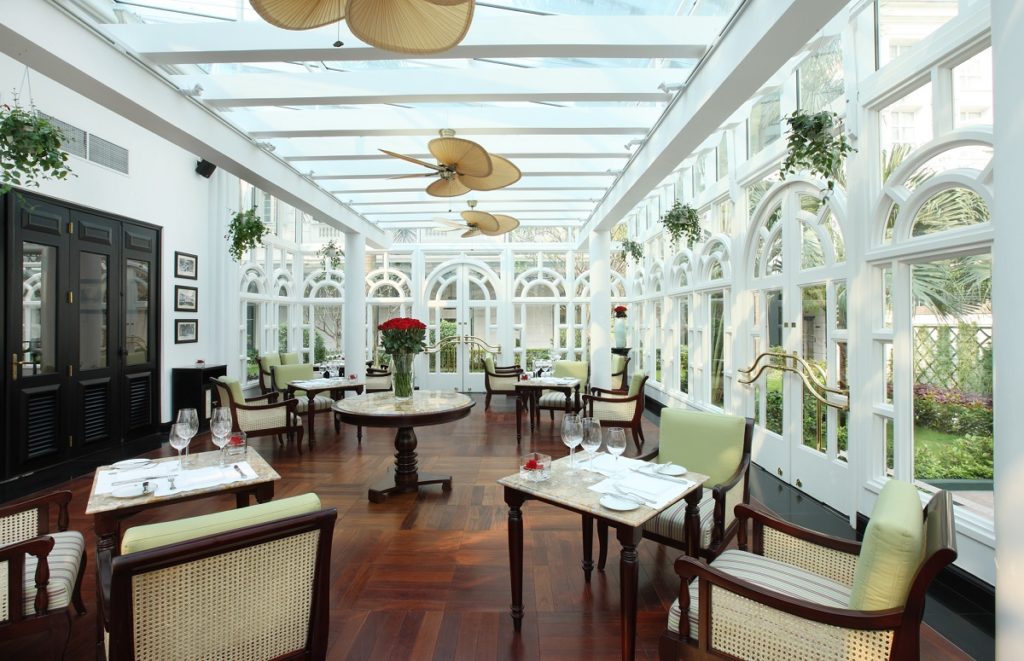 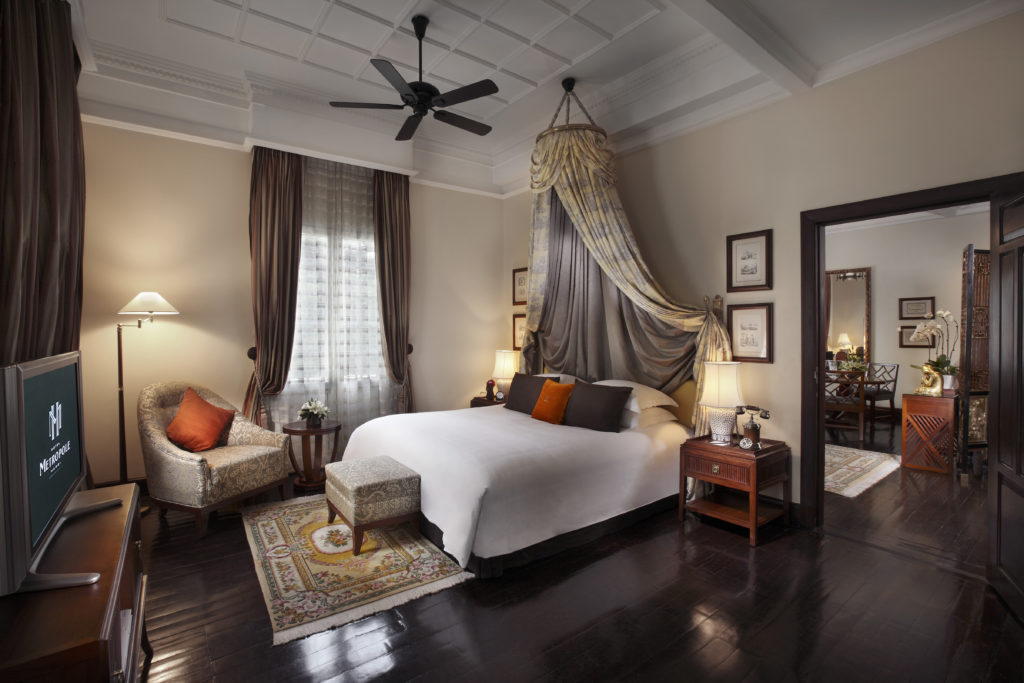 The world’s first Sofitel Legend property dates back to 1901 and has been Hanoi’s legendary landmark ever since. Built in French Colonial style, the hotel is located near the city’s Opera House, in the Vietnamese capital’s cultural heart. The Opera gave name to the property’s contemporary wing but it’s the historic Metropole wing that evokes the true glamour of days gone by. There you will find the three Legendary Suites, named after Graham Greene, Charlie Chaplin and Somerset Maugham, all famous visitors to the hotel.

In the summer of 2011, during the renovation of the hotel’s poolside bar, a long-sealed bomb shelter was found, where all hotel residents, including celebrities Joan Baez and Jane Fonda, found safety during the peak bombings periods of Hanoi in 1972 and 1973. In May 2012 “The bomb shelter” was opened and became the focal point for the hotel’s Path of History programme for visitors to re-discover memories from this momentous part of the hotel’s history. 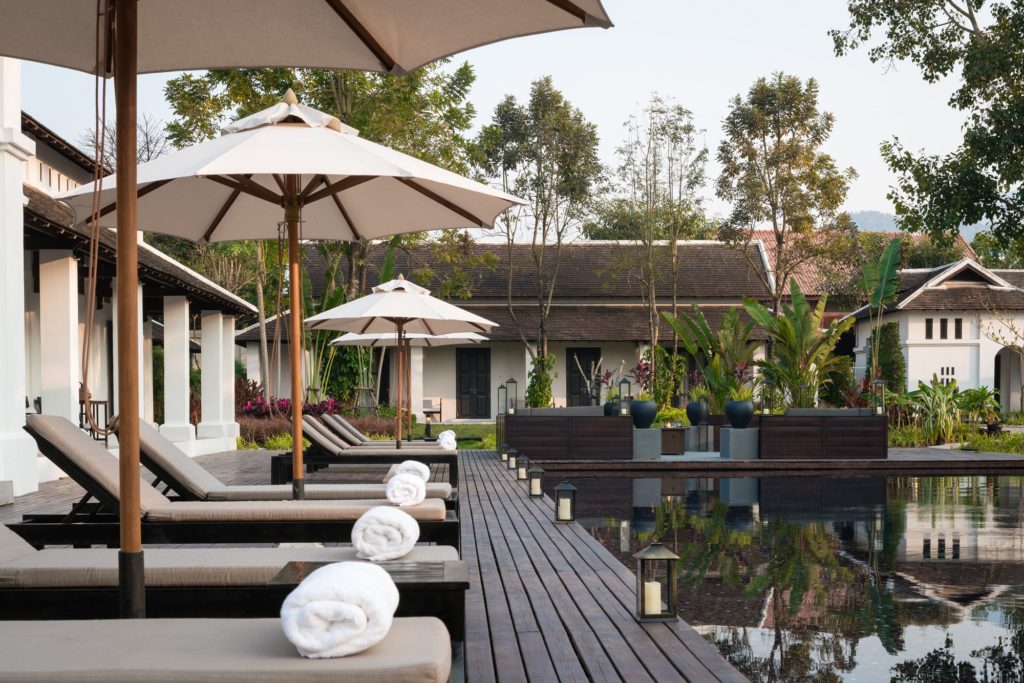 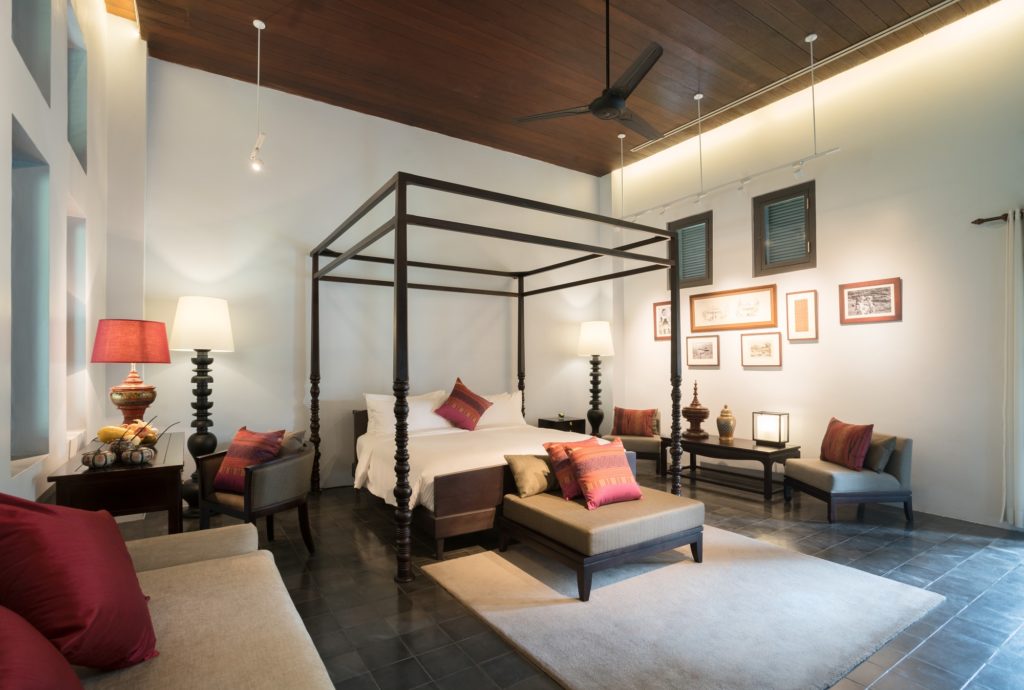 In case of Sofitel Luang Prabang, the location is as historical as the hotel itself. Luang Prabang’s Old Town Centre, named a World Heritage Site by UNESCO is a short stroll away and so are its cosy cafes, handicraft shops, and patisseries. The atmosphere, undisturbed by busses or trucks, remains peaceful and somewhat dreamy.

The hotel itself occupies a century-old landmark colonial mansion, fusing Far Eastern exoticism and colonial French splendour. From the high, fortified walls and watchtowers to manicured gardens and amethyst-tiled pool, every element of the design is a memory of yesteryear The mention was transformed into a hotel in 2010 and a full restoration took place in 2015 to celebrate the 20th anniversary of Luang Prabang’s designation as a UNESCO World Heritage site. 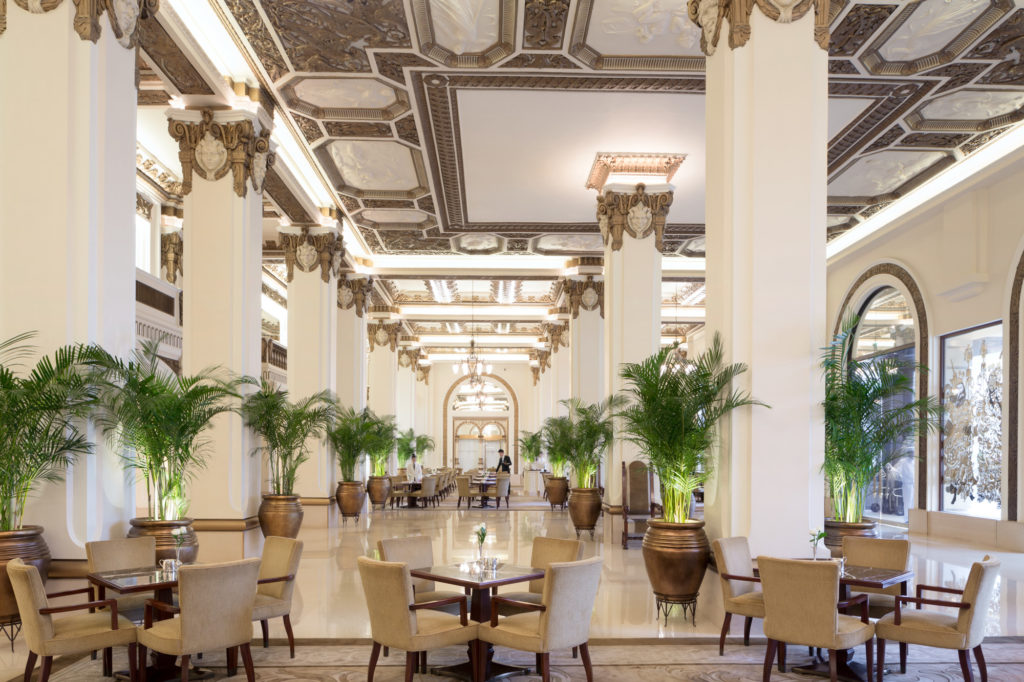 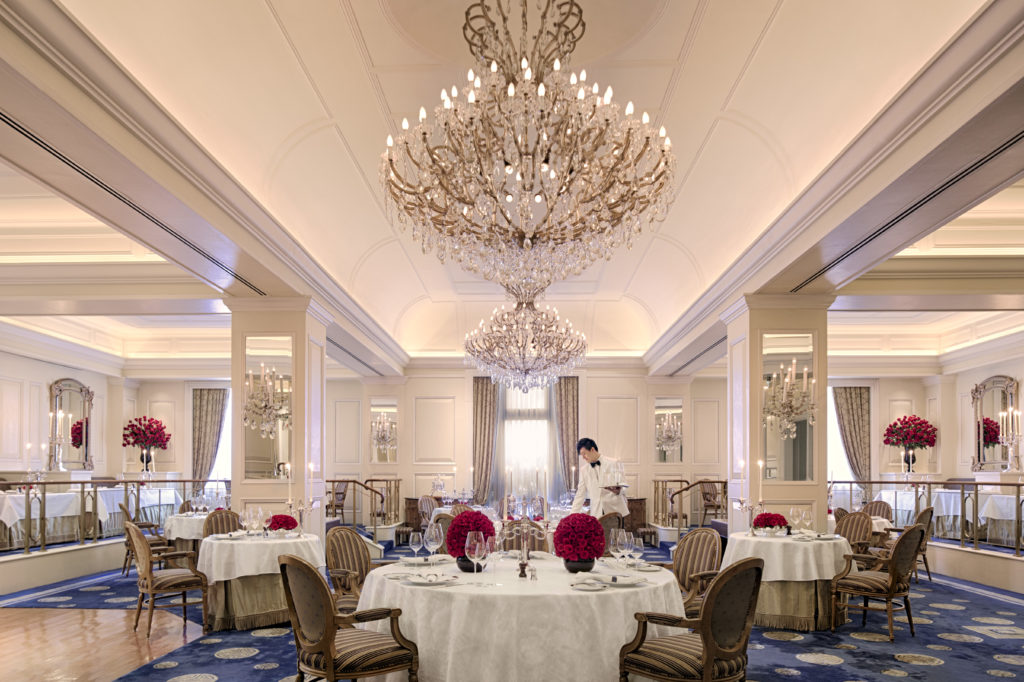 It was on 11 December 1928 the Peninsula in Hong Kong was opened. Today, 88 years later, it still exemplifies the finest traditions of guest service and combines its rich heritage with the very best in modern facilities. We could spend a long time talking about all the contemporary, hi-tech conveniences of this unique hotel – the helipad, the 3d TV’s it’s 300 rooms, interactive digital beside panels etc. But it’s what it carries over from the past, which makes the Peninsula the pinnacle of hospitality that it is.

Take its fleet of chauffeur-driven Rolls-Royce limousines for example, including a 1934 Rolls-Royce Phantom II. Or the Veranda – one of Peninsula’s eight restaurants, this particular one opened in 1933 as Hong Kong’s very first fine buffet concept. Take the likes of Charlie Chaplin, Paulette Goddard and other remarkable figures, which stayed at “The Pen”. There are many more such historical additions to the Peninsula picture and each and every one of them adds to its timeless appeal.